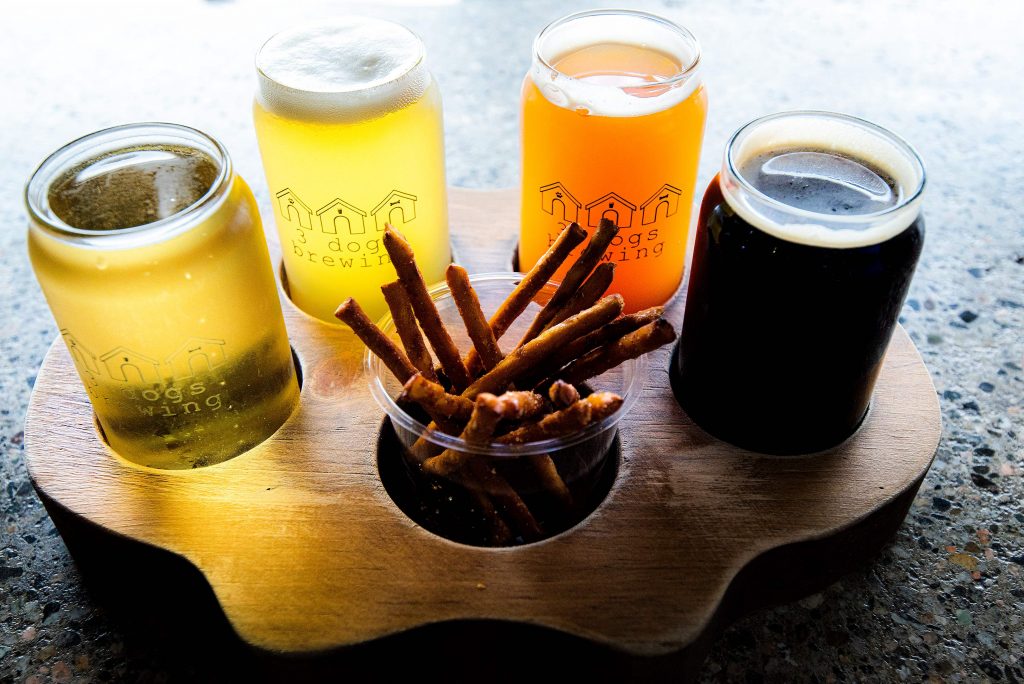 British Columbia is becoming quite the popular spot for breweries and White Rock is no exception- we have three amazing craft breweries in our City by the Sea.

Whether you are wanting to make a quick stop in for a flight on your way to the beach or want to make a day of checking them all out, here are the breweries you should try next time you’re in White Rock.

Galaxie Brewing: This latest addition to the White Rock brewery scene opened this past summer steps away from the beach.

This family-run business has been perfecting their brews for the past 10 years and now serve a wide range of hand crafted beers made on site. An inter-galactic themed place, this brewery takes space to a whole new level from their galaxy named beers to merchandise to decor. They also have a selection of pub style snacks, wine and craft sodas if beer is not your thing.

Recommendation: Try their Full Moon Blueberry IPA, refreshing with a slight bitterness- you can taste the notes of blueberries with every sip!

3 Dogs Brewing: Opened in 2017, 3 Dogs Brewing has definitely left its mark (or paw print) on White Rock. With a vision of bringing Vancouver brewery culture to White Rock, they offer a cozy atmosphere, locally sourced bites and 13 rotating brews on tap.

From their Don’t Stop Retrieving IPA to Jurassic Bark Hazy Pale Ale, their beers are just as tasty as they are puny. They also offer a large range of fun, live events from stand-up comedy nights, whiskey lounge painting nights and Halloween costume parties! Keep an eye out for all upcoming events on their Instagram.

Recommendation: Try the Jurassic Bark Hazy Pale Ale for that classic pale ale flavour and slight citrus notes. For any non-beer drinkers that still want to enjoy a brew, try the Beach in Heat Lemon Ginger Radler, it tastes like lemon meringue pie!

Their gorgeous tasting lounge will make you forget that you’re in the heart of Uptown and not steps away from the beach. With this place you can sample all the sights of White Rock.

Recommendation: Try the Border Porter, a malty beer with chocolate notes, its deep flavour goes along with the deep richness of this brew that is sure to keep you warm even on the coldest of days.