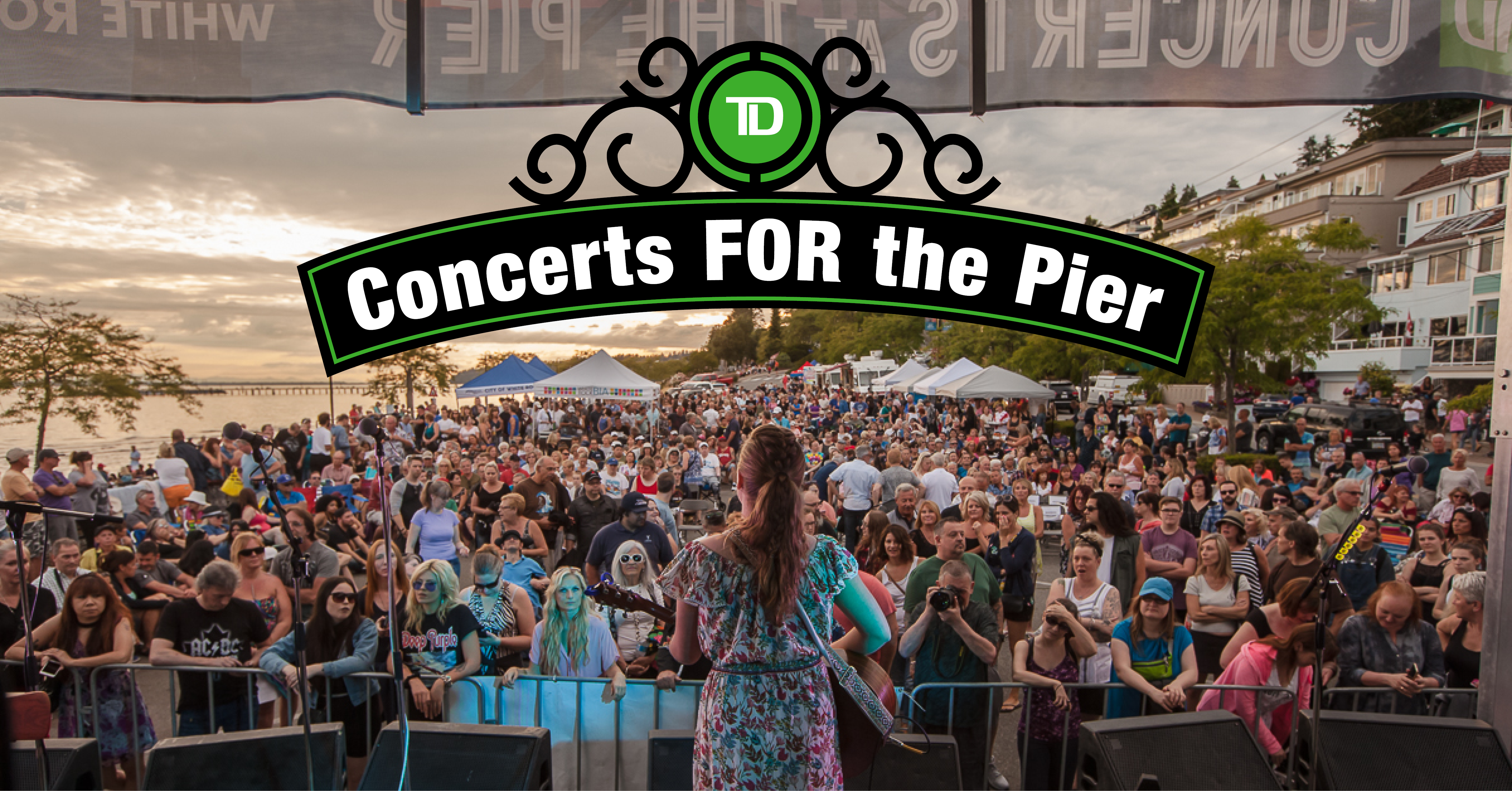 With their clever lyrics and folk-tinged melodies, the Crash Test Dummies are Winnipeg’s most famous folk-rock band. Their first album was a multi-platinum hit in Canada, and gained them a devoted cult following all over the world. Delight in the rich vocal harmonies of Brad Roberts and Ellen Reid, the talents behind hits like “Mmm Mmm Mmm Mmm” and “Superman’s Song.” The Crash Test Dummies will be joined by openers Fionn,

White Rock’s iconic summer event returns this summer bigger and better than ever! This year brings a new name, as the TD Concerts at the Pier is now the TD Concerts FOR the Pier series to help raise funds and inspire our community as we rebuild White Rock’s cherished landmark that was damaged in the December 2018 storm. While the concerts remain free to attend, there will be opportunities to donate at the series to support the pier restoration efforts.