The 5 Corners Buskers & Comedy Festival is presented by Grant Residential Group and sponsored by Yuk Yuks Surrey.  We gratefully acknowledge the financial support of the Province of British Columbia. 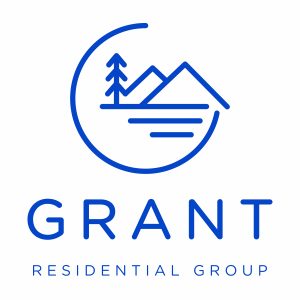 The 5 Corners Buskers & Comedy Festival 2022 is back and better than ever this September 9 and 10!

This unique event brings FREE amazing street entertainment at several outdoor venues around Uptown and Five Corners – including a great mix of musicians, circus acts, and magicians that will bring family-friendly thrills all day on Saturday September 10. At night ticketed comedy shows bring businesses alive with some of North America’s most hilarious comedy acts for adults.

With a long list of fun, family-friend activities to an evening of comedy shows – we cant wait for you to join us at our event!

Keep an eye out on our social media our for more details to come.

Where: Several outdoor venues around Uptown and 5 Corners

Dates and Locations for this year’s evening Comedy shows:

Laugh till you drop at this year stellar lineup of comedians at our 5 Corners Buskers & Comedy Festival in White Rock.

For almost all shows, there will be multiple times for every show each night.  Be sure to pick the time and venue that works for you- and allows you to see multiple shows each night!

Erica Sigurdson is a Canadian comedian, writer, producer, and haberdasher. She is a two-time Canadian Comedy Award nominee, and a Leo Award-winning comedy writer. Best known for her rapier wit on CBC Radio’s smash hit The Debaters, Erica Sigurdson is in high demand for radio, television and live appearances.

John Cullen is a charismatic performer and a modern-day renaissance man. He has accomplished a great many things in a very short period. In just eight years, the Canadian Comedy Award nominee has performed at the Just for Laughs festival multiple times, the Halifax Comedy Festival, JFL Northwest, is a regular on CBC’s The Debaters, and his podcast, Blocked Party, is among the most listened-to podcasts in Canada, regularly appearing on the iTunes charts. His 2017 album, Most Likely to be a Comedian, is often featured on Sirius XM and reached #1 on the iTunes charts.

Ryan Lachance is a professional stand-up comedian from Vancouver, British Columbia, who is a hilarious storyteller and seasoned performer with over 25 years of stage experience. He has established himself as a mainstay of the Vancouver Comedy Scene, headlining local shows and touring throughout western Canada.

Lizzie Allan is a comedian and therapist (RTC). She is a comedy therapist and loves promoting connection and changing perceptions. She is a speaker, a performer, and she facilitates workshops and courses for people and organizations that help people. Lizzie serves the gap in the market for tears and laughter to co-exist.

Andrea Jin is a stand-up comedian and writer born in Shanghai, currently based in Vancouver BC. She was just selected as New Face at Just for Laugh’s Montreal Festival, and has performed at JFL Northwest, SiriusXM’s Top Comic, Seattle International Comedy Competition, CBC’s The Debaters, and the Winnipeg Comedy Festival.

Gina Harms returns to the 5 Corners Buskers & Comedy Festival, having wowed our crowds in 2019.  She hosts a show called Comedy Bucket where comics do sets based on audience suggestions.

Marlene Swidzinski is known for her dry, deadpan style and offbeat worldview. A Saskatchewan export, she moved to Vancouver after obtaining a degree in philosophy from the University of Saskatchewan. Marlene was named Funniest New Female Comic in the 2009 Laff Riot Girls contest and was a finalist in the 2017 Vancouver Yuk Off. 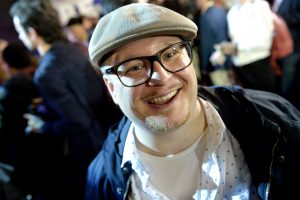 Charlie Demers is a Juno-nominated stand up comedian, BC Prize-nominated author & co-star of two Emmy-winning Netflix animated series, Beat Bugs and the Last Kids on Earth. 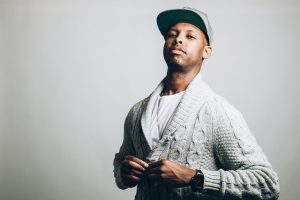 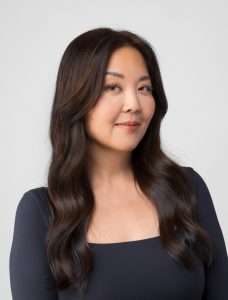 Julie Kim has been featured on national TV and radio many times, headlines across North America, and recently returned from touring with Ronny Chieng of the Daily Show with Trevor Noah.

Jacob Samuel is an award-winning Canadian stand-up comic, cartoonist, and writer based in Vancouver, BC. His TV performances have featured nationally on CBC Television, The Comedy Network, Crave, and CBC Gem. On radio, Jacob can be heard on Sirius XM and CBC’s “The Debaters.” In 2021, Jacob won the Juno Award for “Comedy Album of the Year” for his debut album Horsepower. 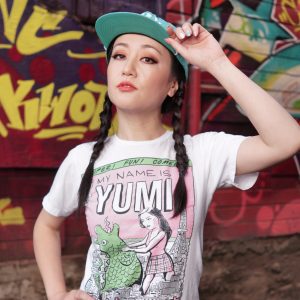 Yumi Nagashima is a Vancouver based comedian. This Japanese Canadian comic and actress has made a large splash on the North American comedy scene with her unique world view. You may have also heard her on the CBC radio program, ‘The Debaters.’ She has featured as a part of Just For Laughs North West, and she was a finalist in the 2016 & 2017 Yuk Off Competition.

Aaron Read is an award-winning stand-up comic, improviser, actor, and visual artist from so-called Vancouver, Canada. His comedy fluctuates somewhere between silliness and sad-psychedelia and has garnered him numerous awards including JFL NorthWest’s “Breakout Artist of the Year” and “Toughest Act To Follow”.

Karina Cebuliak is a computer geek and speaker by day, and a stand-up comedian and emcee by night. She cut her comedic teeth at the family table growing up and has since performed for Addictive Comedy and Hilarapy in sold out shows across British Columbia. She was named Canada’s best comedian by her husband in 2019, proving once again that he has impeccable taste.

Chris Griffin is one of comedy’s most dynamic storytellers. After winning his regional round of the Great Canadian Laugh Off during his first year of comedy, Chris did something crazy. He quit his full-time job, sold his house, and hit stages across North America sharing his wild comedic adventures. It is a gamble that paid off. His move to Vancouver has brought a ton of success for Griffin, including winning 1st place in Vancouver’s Yuk Yuk’s Competition, being one of the only Canadian comics to ever make the finals of the prestigious San Francisco International Comedy Competition, performing four years in a row at the Just For Laughs Northwest Festival. In 2018 Griffin was nominated three times and took home one award in the inaugural Vancouver Comedy Awards.

Matty Vu is a Vancouver-based person who does comedy. Lover of cross stitching and the Fast and the Furious movie franchise, Matty’s “comedy” style is just as indiscriminate. He was a semi-finalist in SiriusXM’s Top Comic competition and performed at JFL NorthWest’s “Best of the West, vol. 2” show as well as “Las Culturistas: I Don’t Think So Honey!”. He was also awarded the festival’s “Tweet of the Year” in 2019.

Sophia Johnson is an actress and comedian from New Zealand. She was on Netflix’s ‘Ash vs the Evil Dead’ or CW’s ‘Legends of Tomorrow’ and ‘Nancy Drew.” She has performed at three New Zealand International Comedy Festivals, including her sell out show ’50 minutes plus laughs’.

Melanie Rose has one hell of a story to tell. This divorced mother-of-four continues to stun and charm audiences across the country with her tales of marriage, divorce, past drug addiction and mental health issues – always finding the funny within. She’s a favourite at comedy clubs throughout the country, opening for Nikki Payne, Caroline Rhea and Canadian legend Mike MacDonald.

Busking performances are FREE around town- be sure to bring your family and friends to catch the several AMAZING acts!

There are so many great spots to enjoy a coffee with friends  on a sunny day- either on a  beautiful patio or while strolling  along the tree-lined streets. It makes a wonderful setting to experience all the fun and surprises of live entertainment!